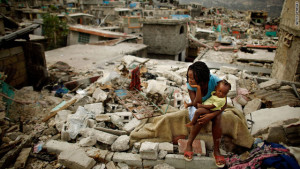 January 12, 2014 was the fourth anniversary of the devastation caused by an earthquake that hit Haiti. As most of you know by now, our company is searching for someone willing to work in Haiti. While it is a paid position, it is more mission – based.

So, where is Haiti today? As of February 2014, 170,000 people in Haiti remain homeless after the 2010 earthquake. Over 250,000 people were killed as a result of the earthquake. Additionally, Haiti is facing political strife and even Hades Catholic Church is at a point of contention with the government calling it a political crisis. There are many complex aspects involved in leading this country regroup and helping it not only rebuilds – but create sustainability.

If you are interested in working in Haiti, via a hands – on position, I would encourage you to review the terms of this position. Here is the link;

The job will not be easy. The job is not financially rewarding. However, from a moral standpoint, whoever wins the position will literally be changing the lives of the Haitian people. I cannot think of any compensation package better that this!